Can a chatbot help you find love?

Gigacycle > Technology News  > Can a chatbot help you find love? 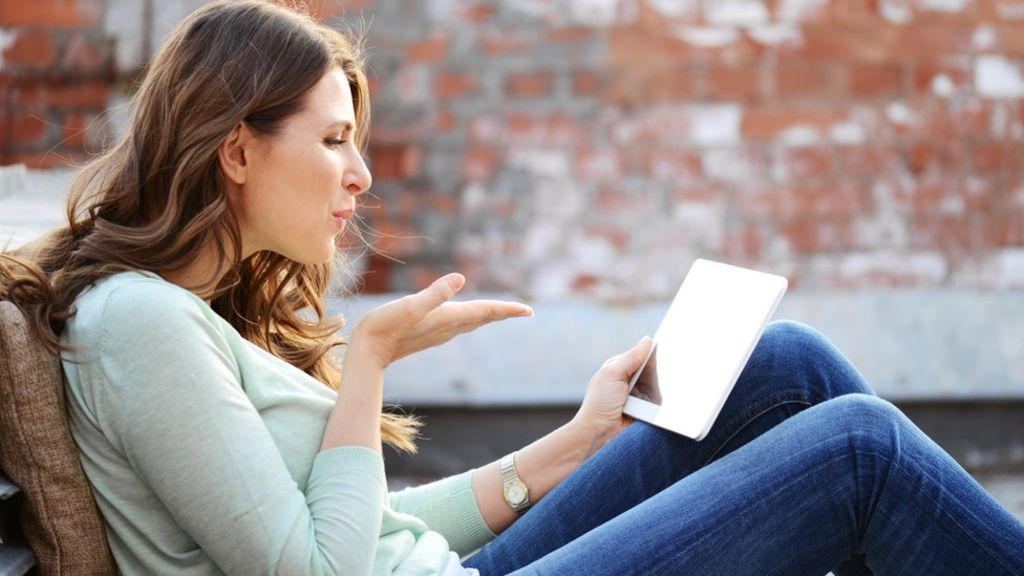 Can a chatbot help you find love?

I’ve been nervously chatting to Lara on the dating platform Match.com for two minutes. She’s flattered me about my age (“so young!”) and she says she’s going to take care of me.

I like her already – but Lara is not real.

She – or rather, it – is a chatbot, an artificially intelligent computer program developed to communicate with people online.

The bot was launched in France in 2016 and then rolled out in the UK in April 2017, to help potential clients get started in their search for love by setting up their Match profile for them.

It was the first to be released by a major dating site and the firm claims that 300,000 people a month complete their dating profiles with help from Lara.

The chatbot is not a voice-controlled interface – you communicate by typing – but it can operate in 12 languages, asking users simple questions about what they are looking for and what they are like.

Experts say it can also encourage people to be more honest about what they really want, rather than write what they think others will want to see.

“The profile is the big hurdle [for the industry],” says Mark Brooks, a dating sector consultant.

“People don’t really want to create a profile, it’s not much fun.

“But if you are having a conversation with somebody they will be more willing. And if you can create a profile from a conversation it will probably be closer to the truth.”

Match says Lara boosted registration rates by 30%, and it can now also recommend matches based on user data.

While the bot isn’t supposed to break hearts, the chat is affable, friendly, informal. It asks friendly questions, you answer, and there’s a short, reassuring response before the next request for information.

Try to go off script, however, and you won’t get very far.

“Hello, hello,” she replied with a winking emoticon.

“Do you have any hobbies?” (I never said I was good at chatting people up).

“I don’t understand. Which gender are you?” she replied, giving me a choice of two buttons to press.

“Do you understand me?”

“Oops, your email address is invalid,” she responded, with a sad face.

Perhaps we’re not soulmates after all.

“[Clients] know it’s a bot, they are 100% aware they are not talking to a human,” says Xavier De Baillenx, innovation lead at Match.

“You have to engage users with the right tone of voice,” he adds.

“We tested Lara with no personality, Lara with jokes – and we found that having a personality can be more effective.”

The Match group has now also launched Julia, a similar chatbot for its over-50s dating site Our Time and Mr De Baillenx says there are more “agents” on their way.

But why aren’t there more of them in the dating space already?

Perhaps one reason is that people can be notoriously rude to bots.

Microsoft’s Twitter bot experiment Tay had to be disabled within a day when those who communicated with it taught it to be racist and misogynistic, and a popular Japanese app called The Boyfriend Maker was terminated when its virtual boyfriends started engaging in very lewd chat.

“I call this the ‘abducted by aliens’ problem,” said Ludwig Konrad Bull, MD of Elixirr, speaking at the recent iDate conference in London.

“You would never write on a form that you’ve been abducted by an alien. But for some reason, you’re more likely to say that to a bot.

Mr De Baillenx says not many of Match’s customers try to do “weird things” with Lara.

But John Taylor, CEO of action.ai, believes chatbots aren’t yet mature enough for people to resist trying their luck – the language skills are just not there, as I discovered with Lara.

“A chatbot is about how you have a conversation with a business or a person who is not real,” he says.

“We want people to talk naturally to a chatbot and be understood. But the technology is not there today. We have technology which solves that problem but it’s not broadly available on the market.”

Xavier de Baillenx admits that the language side “is not so easy”.

“With Lara we spend quite a long time on understanding human language,” he says.

In future though, a chatbot could offer a lot more to the dating space than getting you started on your search for love – which could prove lucrative for those in the business.

“If we do a good job we wave goodbye to our customers.

“There’s a lot we are missing out on by not helping people with their relationships once they have found that person.”

Whether people are ready to accept relationship advice from the likes of Lara remains to be seen.

“Maybe chatbots can be used to train people how to date. There’s a lot of psychology involved, best practice. It could probably give you tips and tricks,” says Srini Janarthanam from Chatomate, talking at at iDate.

“And if you don’t get to date anybody else, maybe you can date the chatbot.”