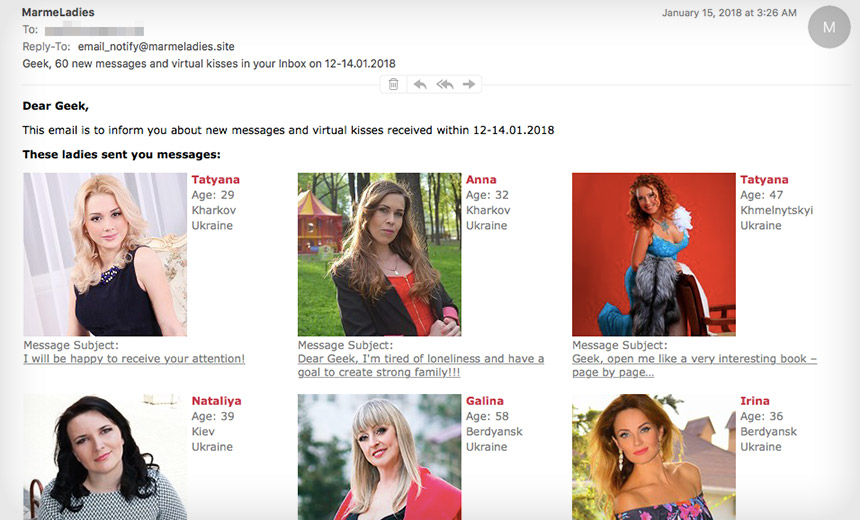 The operators of the venerable Necurs botnet appear to be up to their old tricks, including targeting victims with a variety of phishing campaigns designed to infect them with banking malware, ransomware and cryptocurrency fever as well as to generate profits via dating website referrals (see Necurs Botnet Shifts from Ransomware to Pump-and-Dump Scam).

Information security and law enforcement experts say that ransomware attacks are continuing to increase at a serious rate, leaving all other attacks behind (see 10 Cybersecurity Trends: What to Expect in 2018).

But criminals aren’t betting the house on ransomware alone.

On Wednesday, for example, security researchers saw a “peculiar” new malicious email campaign launch and run for about seven hours; it attempted to infect endpoints with a variant of the Dridex banking Trojan.

The malware is primarily designed to target customers of U.S. and European banks. If it successfully infects a system, Dridex goes into hibernation until a user visits a specified website, then uses web injections and redirects to fake webpages to trick users into thinking they’re logging into a legitimate site. In reality, however, attackers are likely intercepting their credentials and using them to drain accounts.

This latest Dridex campaign, however, differs from what’s been seen before. “The campaign used compromised FTP sites instead of the more usual HTTP link as download locations for malicious documents, exposing the credentials of the compromised FTP sites in the process,” say Roland Dela Paz and Ran Mosessco, both security researchers at Austin, Texas-based Forcepoint Security Labs, which is part of U.S. defense contractor Raytheon. The use of FTP sites for distributing attack code remains unusual, they add. 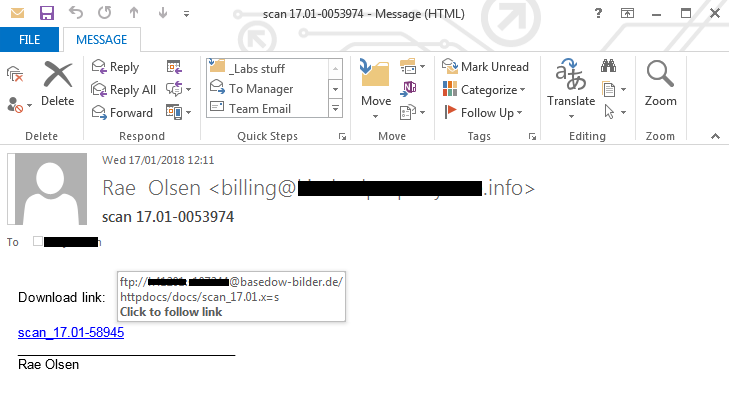 Individuals in France appear to have been most targeted by this campaign. “The emails were sent primarily to .com top level domains with the second, third and fourth [most] affected TLDs suggesting that major regional targets were France, the U.K. and Australia respectively,” they say in a blog post.

Attackers appear to be burning the FTP sites they’re using, which suggests that they are legitimate resources that attackers are abusing. Using FTP sites is potentially a way to bypass “email gateways and network policies that may consider FTPs as trusted locations,” the Forcepoint researchers say.

It’s not clear how attackers have gained access to the FTP servers, but they potentially exploited servers running with default or weak credentials or else purchased lists of FTP server access credentials on darknet marketplaces (see Hackers Exploit Weak Remote Desktop Protocol Credentials).

“The presence of FTP credentials in the emails highlights the importance of regularly updating passwords: a compromised account may be abused multiple times by different actors as long as the credentials remain the same,” the researchers say.

The attack appears to be coming from the Necurs botnet, given that some of the malware distribution domains were seen in previous Necurs attacks and that the downloaders and download locations for some files parallel ones previously used by the botnet. Necurs has also been tied to previous Dridex distribution.

Oddly, however, “the volume of this particular campaign is very low compared to typical Necurs campaigns,” the researchers say. “Necurs typically sends out millions of emails per campaign, while this campaign was recorded sending just over 9,500 emails in total.”

But low-volume attacks tied to Necurs are not unusual. So say researchers at security firm Cisco Talos, who have studied 32 spam campaigns sent by Necurs from August to November of last year, amounting to more than 2.1 million spam messages, originating from nearly 1.2 million distinct sending IP addresses based in more than 200 different countries and territories.

“Necurs sends so much spam that at times Necurs’ spam campaigns can make up more than 90 percent of the spam” seen by Cisco Talos in one day, says Jaeson Schultz, a technical leader for Cisco’s Talos Security Intelligence & Research Group, in a blog post.

But that accounts for just a fraction of what the botnet will be pumping out on any given day, researchers say. Other Necurs campaigns have included attempts to steal email recipients’ cryptocurrency wallet access credentials, send them to dating sites, push penny stocks as well as trick them into installing ransomware – often Locky (see Phisher Refrain: We Will Crypto-Lock You).

“Most of the time, very little investment is made in the design of the messages themselves,” Schultz at Cisco Talos says, adding that these Locky infections can also be traced to Necurs because metadata in malware code references the affiliate ID – “Affid=3” – tied to the Necurs botnet.

“Necurs is responsible for emailing massive amounts of banking malware, ransomware, dating spam, pump-n-dump stock scams, work from home schemes and even cryptocurrency wallet credential phishing,” Schultz says. At times, Necurs-promulgated spam accounts for 90 percent of all the spam seen in a day, he adds. 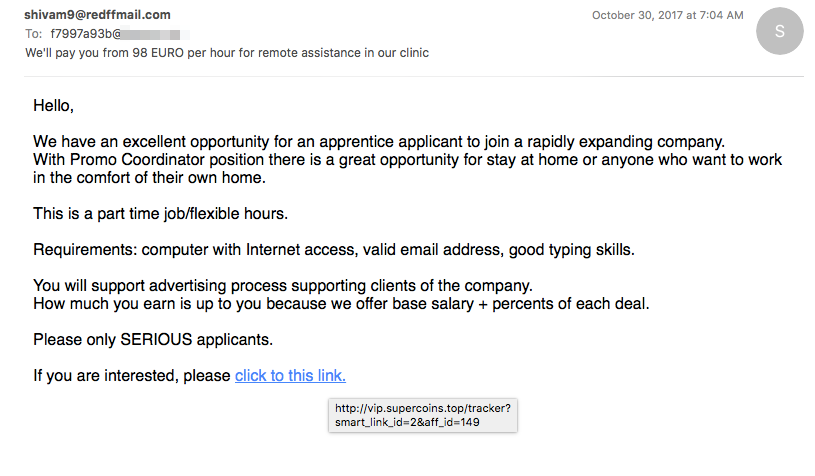 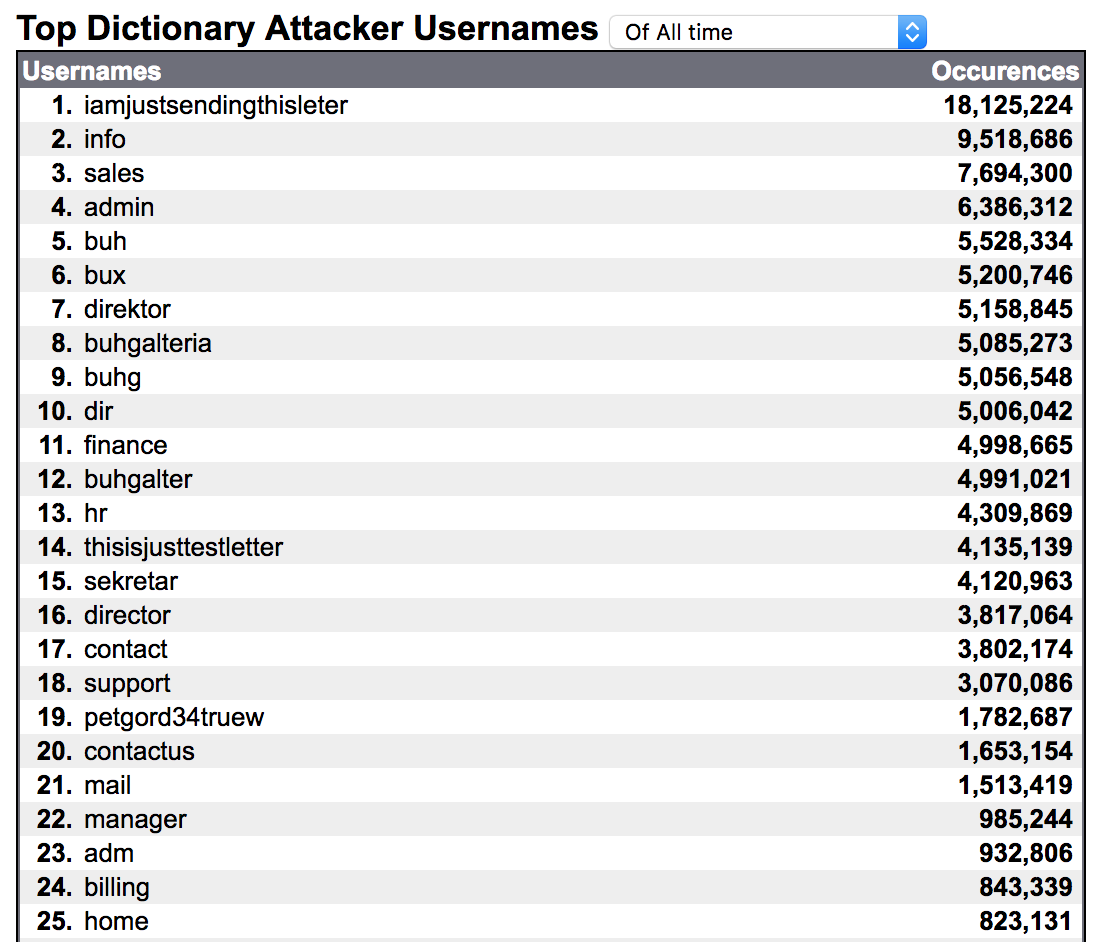 During the time period studied, 26 percent of all spam came from IP addresses based in India – presumably from malware-infected endpoints – followed by Vietnam at 20 percent and Iran at 7 percent, Cisco Talos says.

Of course, the attacking domains can be blacklisted. But Schultz says very little of the Necurs attack infrastructure appears to get reused. “This means that Necurs botnet is large enough to conduct attacks over several months without substantial reuse of most sending nodes – an impressive feat,” he says.