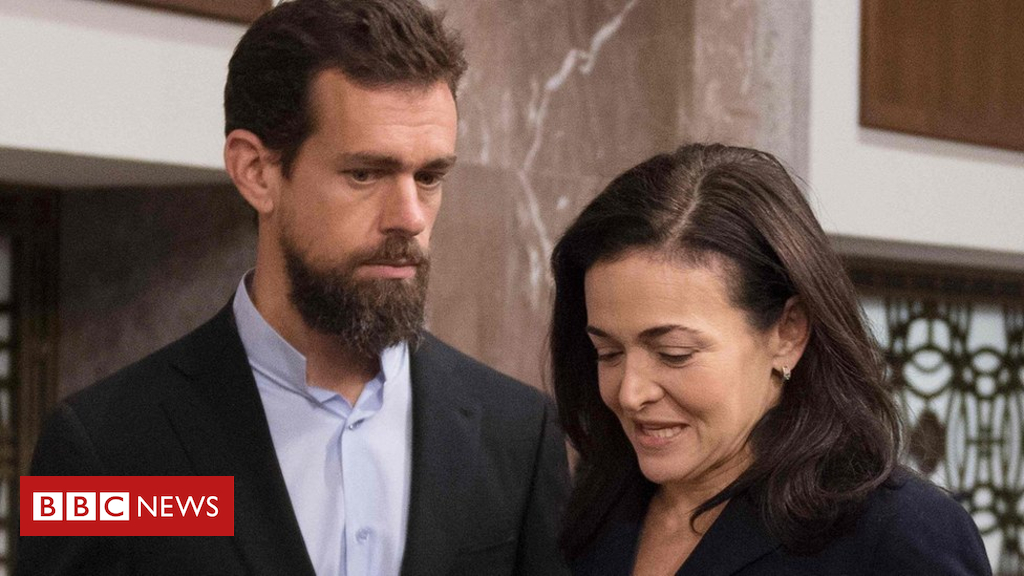 Facebook and Twitter are being questioned by US senators, to find out how they will prevent meddling in upcoming elections.

As anticipated, Google did not show up.

Opening the hearing, Democratic senator Mark Warner said he was “deeply disappointed” that Google “chose not to send its own top corporate leadership”.

The senate committee is focusing on what the technology giants are doing to prevent future election meddling.

The hearing follows claims that Russia and other foreign actors spread misinformation and propaganda ahead of the 2016 presidential election.

“With the benefit of hindsight, it is obvious that serious mistakes were made by both Facebook and Twitter. You, like the US government, were caught flat-footed by the brazen attacks on our election. Even after the election, you were reluctant to admit there was a problem,” said Mr Warner.

He warned that the social networks could face new regulations.

“The era of the wild west in social media is coming to an end. Where we go from here is an open question,” he told the hearing.

Ahead of the hearing, Facebook submitted written testimony outlining how it had disabled 1.27 billion fake accounts globally between October 2017 to March 2018.

It said it employed 20,000 people to work on safety and security.

In July, the social network announced that it had removed 32 accounts and pages believed to have been set up to influence the mid-term US elections in November.

A month later it said that it had removed hundreds more “misleading” pages and accounts which targeted people in the Middle East, Latin America, the UK and the US.

In August the committee heard from technology experts who said many firms were not doing enough to combat the threats posed by Russia and other foreign actors.

“This is one of the defining threats of our generation,” Renee DiResta, director of research at New Knowledge, a company that identifies social media disinformation, told senators.

In a blogpost ahead of today’s meeting, she said that the ease of access to social media platforms had allowed Russia to create false narratives.

“The burning question is how did social media companies allow this to happen and why were they unable to detect it?”

She said senators were likely to ask whether firms such as Facebook have “gotten too big and have too much control over the market and consumers” which in turn made them “a threat to democracy”.

And there would be questions over the role played by bots, with politicians honing in on whether the firms’ algorithms drove people towards election propaganda and asking whether such software can in future be audited by third parties.

Twitter’s Dorsey will later face further questions from the House Committee on Energy and Commerce about perceived conservative censorship on its platform.

President Trump has repeatedly accused Google, Facebook and Twitter of political bias and threatened regulation of the platforms.

In written testimony submitted ahead of the hearing, Mr Dorsey denied that his firm de-emphasised certain accounts in search results, a practice known as “shadow banning”.

“Twitter does not use political ideology to make any decisions, whether related to ranking content on our service or how we enforce our rules,” he said.

“We do not shadow-ban anyone based on political ideology.”