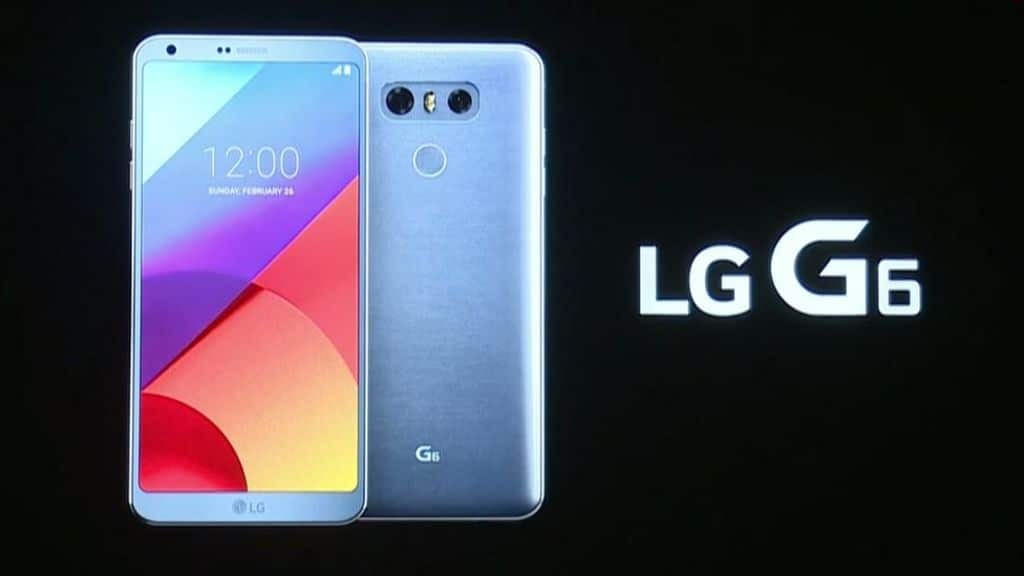 LG has ditched the modular design of its previous flagship smartphone and unveiled a new top-end model that is designed for split-screen uses.

It means that when viewed in landscape mode, the screen appears wider than normal.

LG has acknowledged that last year’s G5 missed its sales targets. One analyst said the change in strategy was wise.

The new device was unveiled in Barcelona ahead of the opening of the Mobile World Congress (MWC) trade show.

LG’s new phone was also distinguished by being the first Android device announced to include Google Assistant – the search giant’s voice-controlled rival to Apple’s Siri – beyond Google’s own Pixel phone.

The G6’s display measures 5.7in (14.5cm) compared to the G5’s 5.3in (13.5cm) component. It is also brighter, adding support for high dynamic range (HDR) video playback. This makes compatible footage appear more vibrant and detailed in the shadows.

The new device can also be submerged underwater for up to half an hour.

Yet the G6 is thinner and slightly smaller than last year’s model thanks to the decision to abandon add-on components – such as a higher quality audio processor – and a return to an irremovable battery.

The new phone is designed around Android 7’s support for split-screen software, allowing two same-sized square interfaces to be seen either side-by-side or one-above-the-other, depending on how the phone is held.

A further use of the split screens would be to help take square-shaped photos for the social network Instagram. When the phone is held vertically, the top box shows the live view from the camera while the bottom one displays the last photo taken. The idea is to make it possible to review an image without the risk of missing another key moment.

However, one side effect of the screen’s unusual aspect ratio is that many apps will have to be slightly stretched to fit it, unless the owner opts not to use the full screen.

LG acknowledges that the G6 is less radical than last year’s offering, but it hopes that means demand will be stronger than it was for the G5.

“I’d love to be sat here now saying that the mass market had adopted it and understood it – unfortunately that wasn’t the case,” Jeremy Daniels, head of sales for LG UK told the BBC.

“We proved the concept could be done, but actually we know that [this year] we had to tick a lot of boxes like water resistance and bigger battery.

“And that could only be done by moving to a design that was more appealing to the masses.”

LG is the world’s sixth bestselling smartphone maker, according to the research firm IDC. Figures indicate that the South Korean firm shipped 7% fewer handsets in 2016 compared to the previous year.

Despite the G5’s struggles, its unusual design won plaudits when it was unveiled a year ago.

The GSM association – a trade body representing the world’s mobile operators – even declared it the best device introduced at 2016’s MWC.

But one expert said the idea of adding functionality via add-on accessories – known as friends – proved to be unwieldy in practice.

“If you look at the way G5 worked – owners had to open the case, remove the battery and power down the device before putting in another friend – that concept was fatally flawed,” said Tim Coulling from the tech consultancy Canalys.

“Also because the phone had to be taken apart a lot, there were problems with dust and water.

“So, the decision to move back from modular to non-modular is completely the correct decision.”

Over the past year, Google has also cancelled its Project Ara modular smartphone concept.

But Lenovo continues to pursue the modular idea with its Moto Z devices, which do not need to be switched off when their parts are swapped.