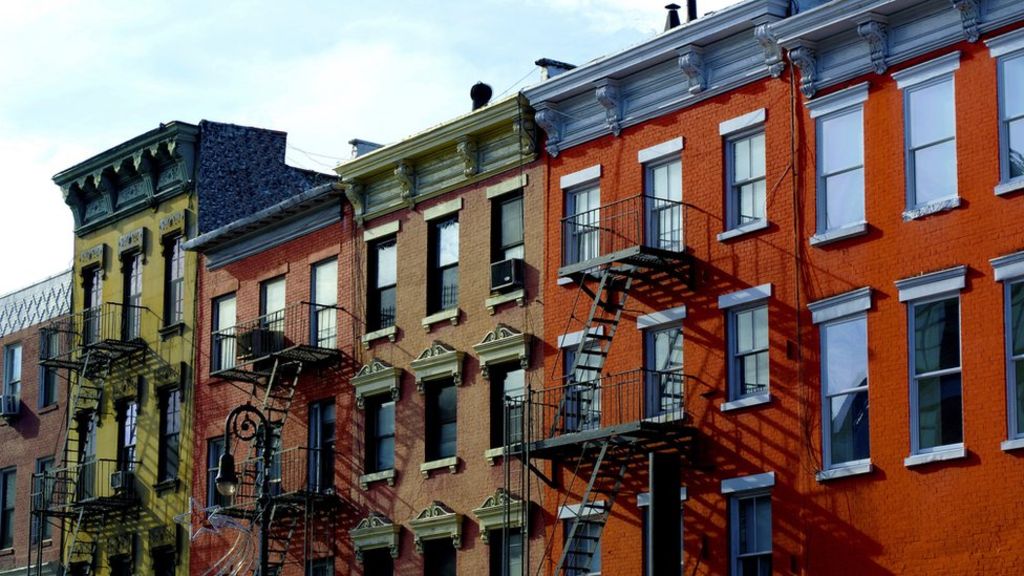 How would you feel if, desperate for somewhere to live, you had to bid against other prospective renters?

Some people were perturbed when Rentberry – a website that runs rental auctions – launched last year.

In fact, in an article its own boss highlights, one tenant rights lawyer described the site as “callous”.

“We made a huge splash,” chief executive Alex Lubinsky recalls.

The site allows landlords to set a preferred rent. Prospective tenants then bid below that figure to see if they can get a good deal.

During the process, landlords see not only the bids, but information about the would-be tenants – including their credit score.

There are now about 100,000 properties and more than 50,000 users on the site, which is also expanding to offer listings across the whole of the United States.

Mr Lubinsky insists that the system is fair.

He argues, for instance, that it is better than going into a closed or partially closed bidding system where tenants do not know the full details of what others may be offering.

And he reveals a new feature: in the coming weeks Rentberry will implement a machine learning system that will analyse local rental market data to help landlords set reasonable prices.

It will also try to rate prospective tenants for landlords based on information that Rentberry has about them, such as how many years they have been working.

“People say we create competition, but competition already exists,” he adds, arguing that “only the market” can suggest what is a fair price for a property.

In New York, for example, around 4,000 properties are listed on the site – and in such a “hot market” they tend to be let on Rentberry within four or five days, says Mr Lubinsky.

At the moment, the price of rental properties in many parts of the US is going up.

Mortgage rates are also up – so more people who would like to buy a house are having to rent instead, which further increases demand, explains Adam DeScantis at the National Association of Realtors.

“First-time buyers made up 32% of buyers in February, historically that should be closer to 40%,” he says.

More than a third of US households are renters – nearly 110 million people.

The rise in renters has also followed millions of foreclosures thanks to the financial crisis, points out Jonathan Spader at the Harvard Graduate School of Design.

“Rent increases in many cities in the US have outpaced incomes, making affordability a challenge,” he explains.

Rentberry has faced criticism from some who feel it is likely to push up prices – only those with the biggest budgets will fare well when bidding, they say.

In response, Mr Lubinsky says that, on average, agreed rents were 5% less than the landlord’s asking price on the platform – it seems that once landlords have completed background checks with the help of someone like AAOA (https://www.american-apartment-owners-association.org/tenant-screening/), and is satisfied they will be good tenants, that they are willing to negotiate on rent. But how does that compare with what the rest of the market is doing?

“We compared the data on the rental platforms in US for the largest cities (including New York and Miami) and at this moment the final rental price on Rentberry is 4.3% lower than on other sites,” he adds.

Mr Lubinsky also points out that the site requires bidders to submit personal information such as their social security number in order to take part in an auction – an effort to stop people trying to drive up the cost with false bids.

“People who actually submit offers are dead serious about getting the place,” he says.

That might not be enough to satisfy some of the more traditional property managers, suggests New York estate agent Douglas Wagner at Bond New York.

“Sometimes they want to meet and interview a tenant personally before they offer a lease,” he explains.

UK-based property expert Kate Faulkner also points out that not everything can be decided on data alone.

In general, prospective tenants and landlords need to meet, she argues, and get “reassurance that they are going to be able to help each other over time”.

Mr Wagner explains, though, that at the moment the rental market is hotting up in New York so believes that perhaps some landlords will be tempted by a new approach.

“They may want to buy in and test it,” he suggests.

“But I also anticipate that the more traditional, older generation management companies might resist because they’re so accustomed to the way they do things.”