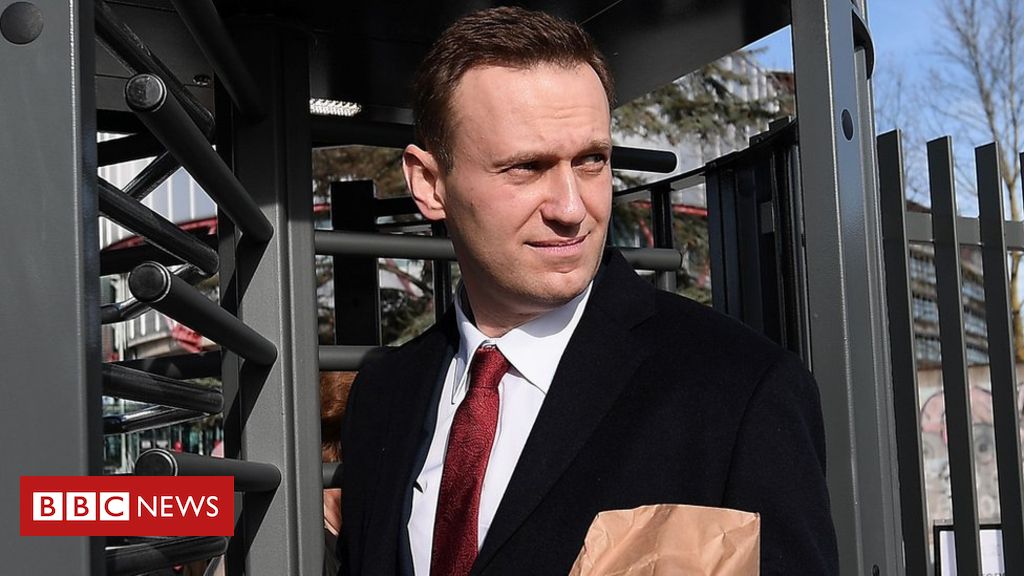 Google has taken down YouTube videos by Alexei Navalny, a critic of President Vladimir Putin, ahead of elections for regional governors in Russia.

The videos showed Mr Navalny calling for Russians to take part in protests on 9 September against raising the retirement age.

One of Mr Navalny’s aides said the removal of the ads amounted to “political censorship”.

Google said it required all advertisers to act in accordance with local laws.

Russian officials asked the technology giant to remove the videos last month, arguing that they were illegal in the context of rules around Russian elections.

The laws prohibit political campaigning within 24 hours of an official poll.

“We consider all justified appeals from state bodies,” said Google in a statement.

“We also require advertisers to act in accordance with the local law and our advertising policies.”

Demonstrations against plans to raise the retirement age in Russia – from 60 to 65 for men and 55 to 60 for women – were held on 9 September. The current life-expectancy for Russian men is 66.

On the same day, elections for regional governors in the country were contested.

More than 800 protestors were detained and some beaten with batons, according to rights monitoring group OVD-info.

The group said there had been detentions in 19 Russian cities, with most occurring in St Petersburg.

Mr Navalny had planned to lead the Moscow protest – but last month he was sentenced to 30 days in prison for breaking laws around public demonstrations.

He has strongly denied all charges against him and has said the prison terms are an attempt to disrupt his political campaigning.

Earlier this year, it banned ads targeting voters in the Republic of Ireland’s referendum on abortion.

At the time, the technology giant said the move was part of an effort to safeguard the integrity of elections globally.