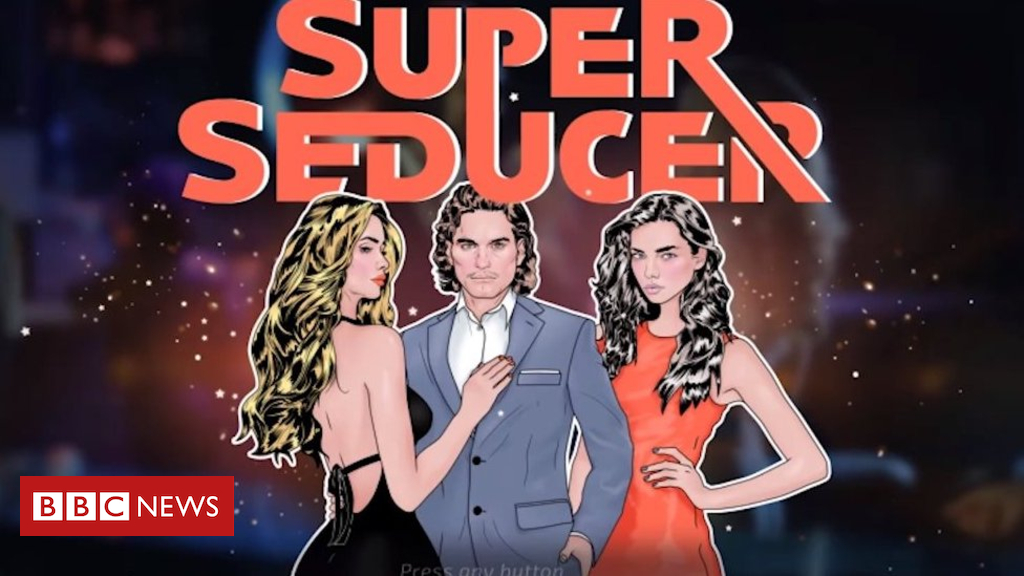 Sony has blocked the publication of a video game designed to teach male players psychological tricks to convince women to date them.

Super Seducer was scheduled for release on the PlayStation 4 on Tuesday.

The title has been criticised for being sleazy and for promoting “toxic behaviours and attitudes”.

Sony has limited itself to saying it “will not be made available”, but the BBC has confirmed the Japanese company banned the title.

Super Seducer has, however, been released for PCs and Macs via Valve’s Steam platform.

The Motherboard news site was among the first to notice that the PlayStation version had not been released.

Super Seducer does not feature nudity, but does show women in their underwear sitting next to its British creator, Richard La Ruina, as he delivers advice.

Live-action sequences show the author “grabbing” parts of a date’s body and attempting to kiss a woman he has just met to illustrate actions the player should avoid.

His suggested techniques involve discussing immigration and trying to change a woman’s beliefs.

The title’s marketing campaign bills it as “highly controversial”, but Mr La Ruina said he had been surprised by the scale of the backlash.

“I did expect a small segment of the population to take issue with it, just like they might with anything related to dating skills for men,” he told the BBC.

“[It] has received a lot of negative coverage from people who have never played the game.

“They want to brand it sleazy, sexist, misogynistic, and even ‘rapey’. I found it all very aggressive and not at all helpful. “

“It’s not good to sell a product that pushes the idea that women are things that you can press the right buttons to win,” said Ellen Rose, from Outside Xtra.

“Ultimately it’s up to each platform to decide which games they want to sell.

“I don’t know whether Steam will be as active – but because of the subject matter, it should at least make it as difficult as possible for under-18s to get.”