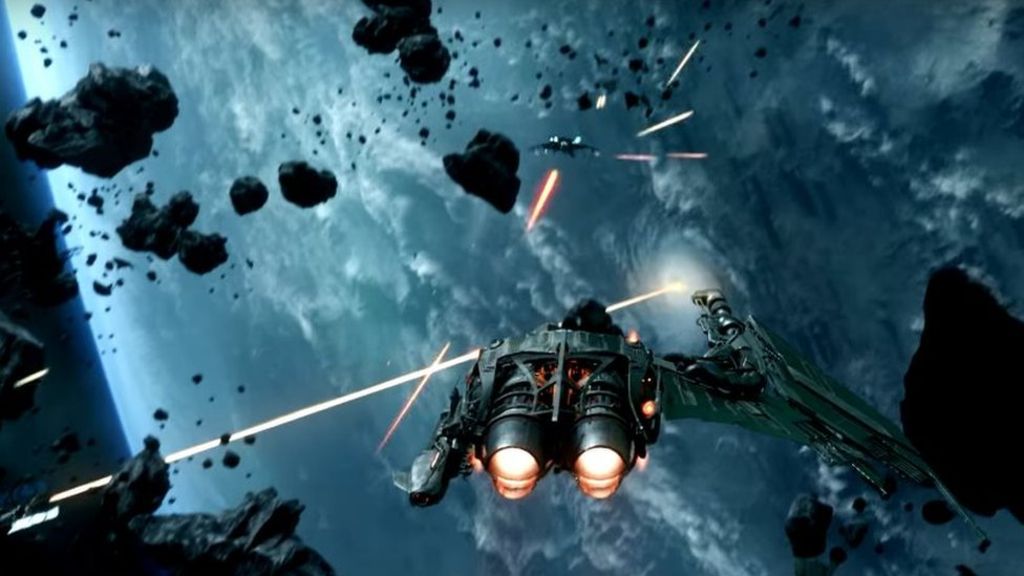 The makers of the crowdfunded space game Star Citizen are being sued for copyright infringement and breach of contract by development studio Crytek.

Crytek said it would seek damages and an injunction that stopped further use of its CryEngine game engine software.

Star Citizen’s creators said the suit was “meritless” and added that it would defend itself “vigorously”.

Development of Star Citizen began in 2012 and since then it has raised more than $170m (£126m) in crowdsourced funds from fans keen to play the ambitious space trading and combat game.

Star Citizen is the creation of gaming veteran Chris Roberts, who was behind the development of the iconic Wing Commander series of space games.

Crytek claims that as development of Star Citizen has progressed, CryEngine has been used for more purposes than specified in its original contract.

In particular, it says, a decision to develop two Star Citizen games violates an agreement that the software would be used to develop only one title.

RSI plans to launch a multi-player interstellar trade and combat game as well as a dedicated first-person shooter called Squadron 42, that is set in the Star Citizen galaxy.

In legal papers shared online, Crytek also alleges that RSI and Cloud Imperium have not honoured agreements to prominently display Crytek’s logo in materials used to publicise the game.

Crytek added that changes made to CryEngine while it was being used to develop Star Citizen have also not been passed on to it.

“We are aware of the Crytek complaint having been filed in the US District Court,” a spokesman for RSI and Cloud Imperium told gaming news site Gamasutra. “This is a meritless lawsuit that we will defend vigorously against, including recovering from Crytek any costs incurred in this matter.”